Order now for Christmas, last delivery 22nd December - while slots availableSee FAQ's
Free Shipping
Available to UK Mainland*
Gift Messaging
Add your own gift message
Select Delivery Date
Pick your own delivery date
Freezable
Suitable for Home Freezing
Fresh from the oven and straight to your doorstep
Our original chocolate brownies will tick all the boxes for the chocolate lovers.
The blondies are particularly indulgent as we make them with a white chocolate with caramel.
With a mixed tin, you are truly spoilt for choice.
We bake these fresh so they’ll arrive in perfect condition. We give them a best by date of 10 days after baking. We’ll be amazed if they last that long!
Just in case you do want to save some for a later date (good luck with the willpower), then our brownies are suitable for home freezing.
What you probably want to know:
* 6 brownies and 6 blondies per box.
* The price includes free delivery within the UK.
* You can add a personal message to the delivery.
* If you order before 10 am (mon-fri), they can be where you want them to go the next working day (just with one or two exceptions, sorry).
* You can select your preferred date for delivery.
* Our boxes are made from recycled cardboard, and you can recycle them once you’ve scoffed all the brownies.
* No preservatives or artificial flavourings used in our brownies, ever.

What makes them so yummy?? 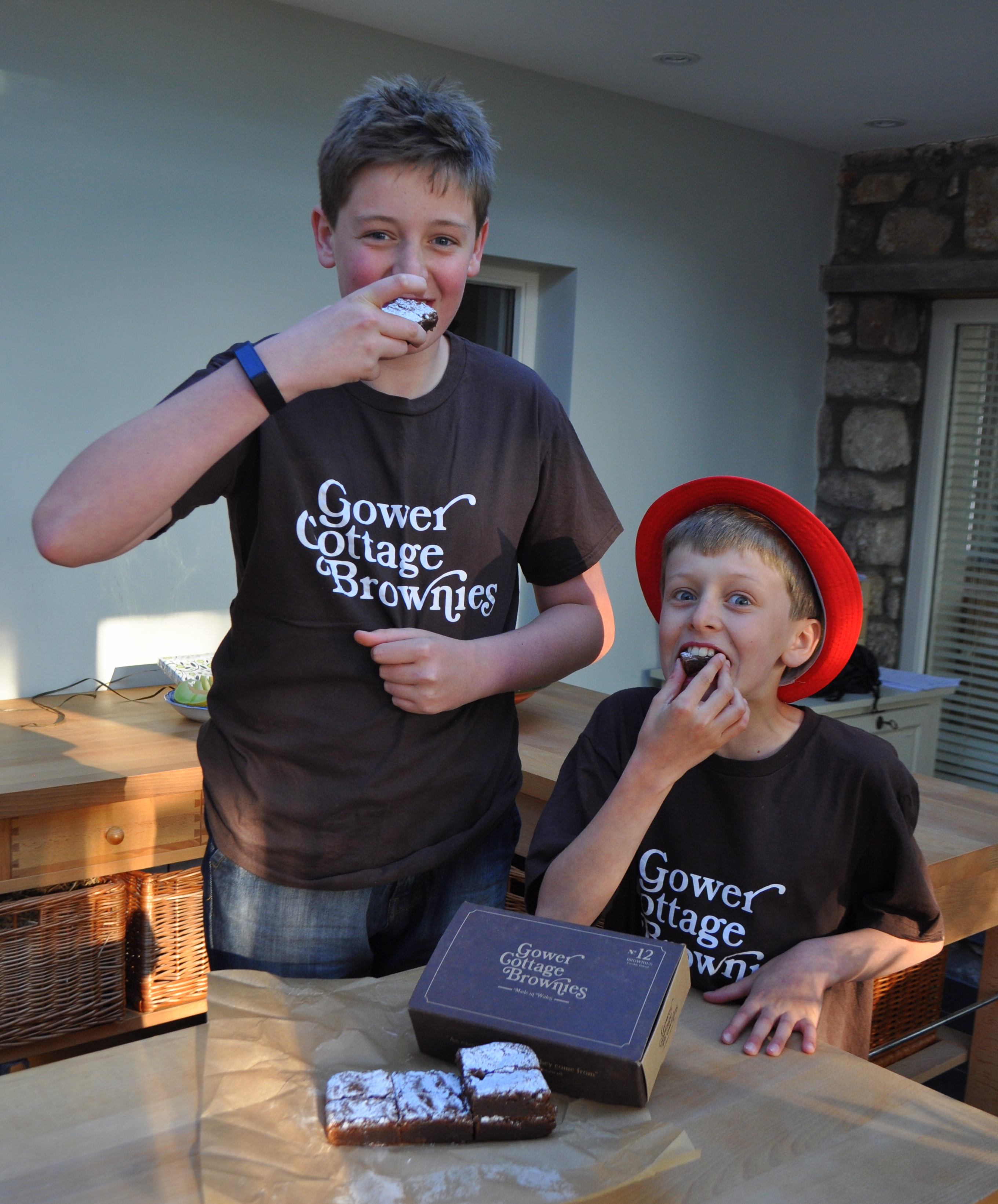 About us - Our Boys
They were little blond-haired poppets when they first turned up on the original website. One’s now studying Maths and Astrophysics. Powered by occasional boxes of brownies from home, of course. The other is destined/desperate to play the lead in the next Marvel Avengers movie. He also makes an amazing cupcake, so may be on for a future heading up the Brownie Barn product development unit. We’ll keep you posted. You probably spotted them supporting us at events. There’ll probably be less of that now for a bit. They’re probably embarrassed that we still included them here. 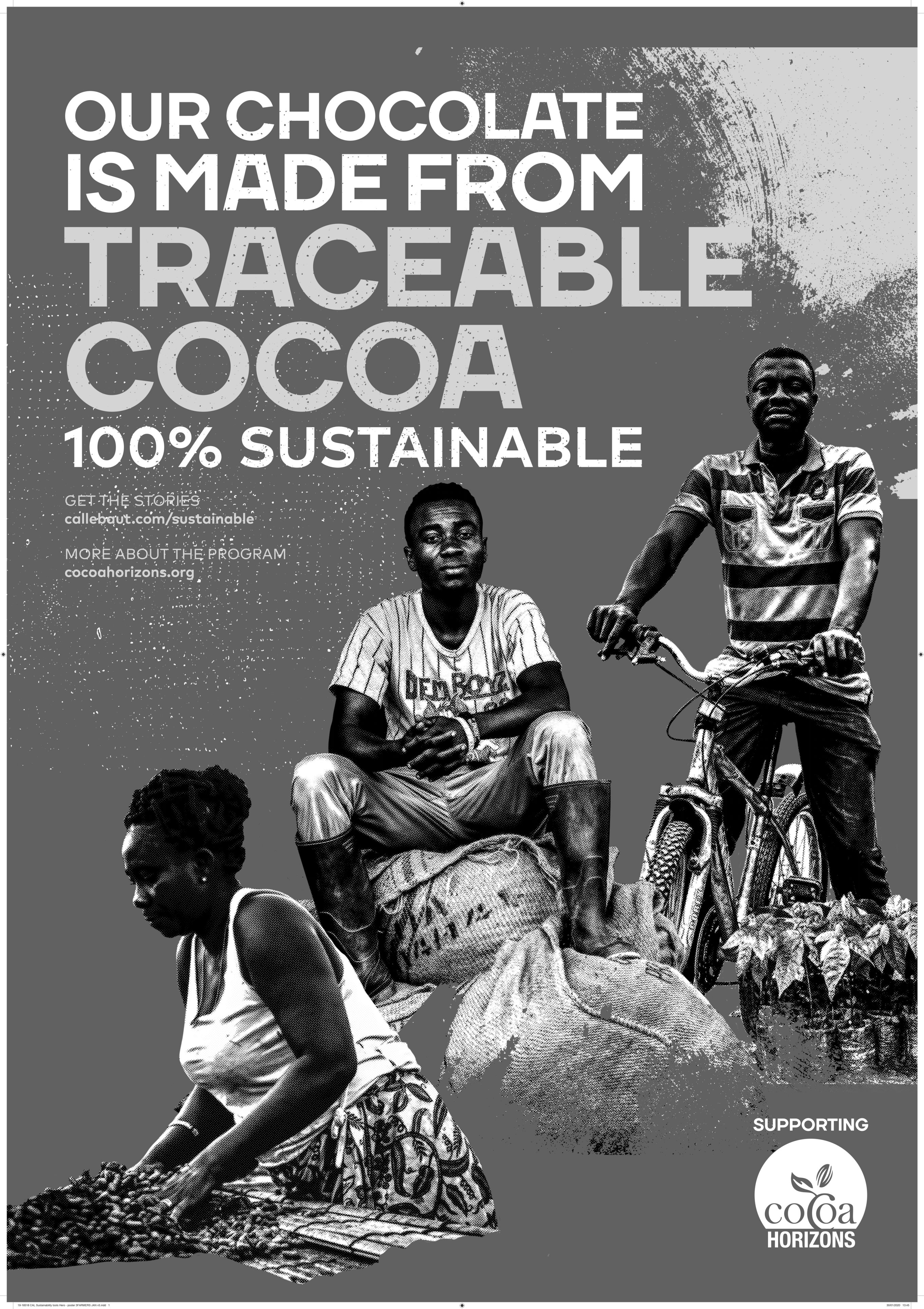 Sustainability
Using the best quality chocolate means a lot to us, but just as important is its sourcing and traceability.
We buy our chocolate from Callebaut in Belgium.
Their chocolate comes from 100% sustainable cocoa, supporting farmers and their communities in Africa.

They would say their work turns farmers into cocoa craftspeople, empowers female farmers, and develops the next generation of young farmers.

We say it’s the best tasting chocolate for our money, and even more so when you know all of that is going on behind the scenes.

To find out more why not go to https://www.callebaut.com/en-GB/sustainable 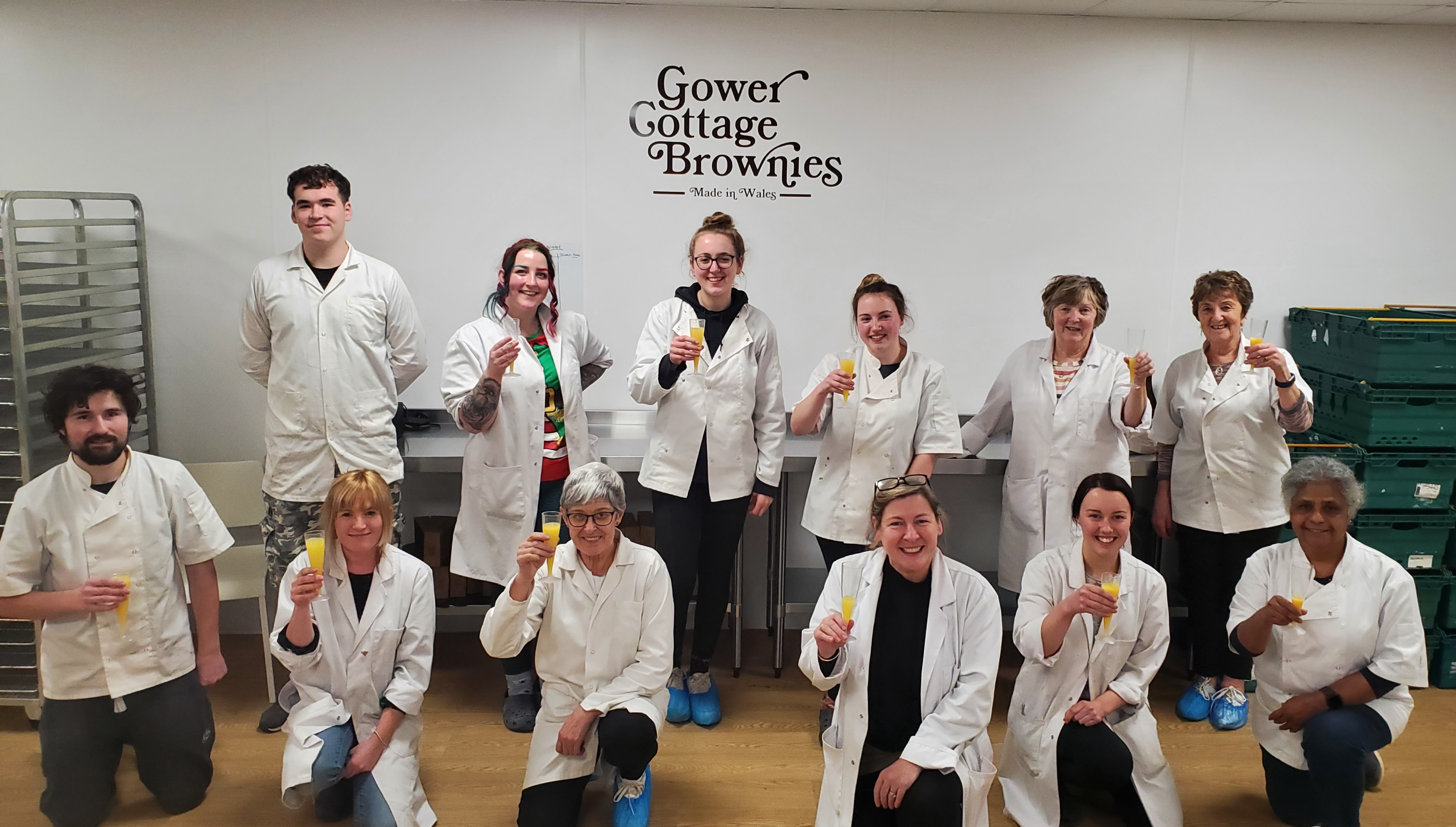 About Us - Team Gower Cottage Brownies
When it was just me baking in the kitchen at home, I had occasional helpers, the brownie elves, when things got manic. We now have a team of 6, with additional elves at Christmas time. They’re not crammed in the kitchen at home (I don’t think “Elf & Safety” would like that) but in our new Brownie Barns a couple of miles from the cottage. Even though there’s more of us, and we’re in the Barns now, we’re still baking pretty much the same recipe that I started with. We’re using the same ingredients, much of it coming from suppliers local to us here in Wales, from the butter to the free-range eggs. We do buy our chocolate from Belgium because we still think it’s the best. Bar none. Got to give the Belgians credit for something more than just cracking beer and Tintin The only thing I’ve changed over the years is adjusting the baking time as the ovens have got bigger. You can tell the story of how we’ve grown through the ovens we’ve gone through! 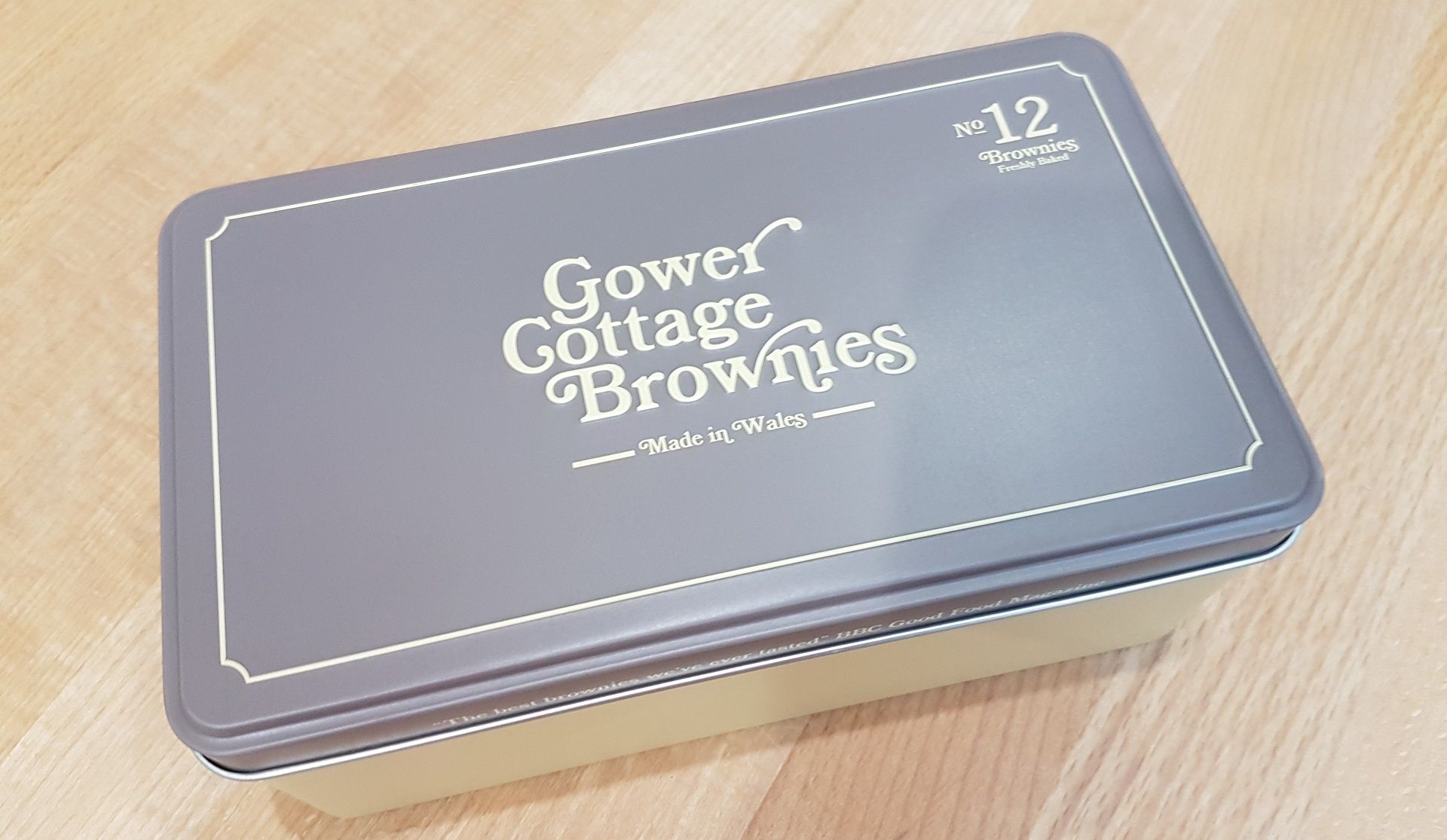 Mixed Blondie/Brownie in a presentation tin

template_price
£25.99
FREE NEXT DAY DELIVERY
Order before 11am
*UK mainland only, terms apply.
For when you can’t decide between all the deliciousness, then our mixed tin of original recipe Gower Cottage chocolate brownies and the fudgy caramel delights of our blondies is the perfect answer.